Some of the trophies made for the 2017 Indoor Netball Junior World Series. The awards at the back were made from 10mm thick water cut glass attached to polished glass bases. The World Series logo was sandblasted from the back of the awards and the award details were sandblasted on the base. The round trophies are our crystal trophy 11 smalls, they also had the world series logo sandblasted from the back of the awards with the title on the base. These awards were going to Australia so we weren’t allowed to use wood. The plaques were made from black perspex with clear perspex on the front. The award details were engraved on the clear perspex. Dome screws were used to hold the pieces together .

Awards like these can be made to your custom shape and size. Please visit our gallery to see more of our awards. 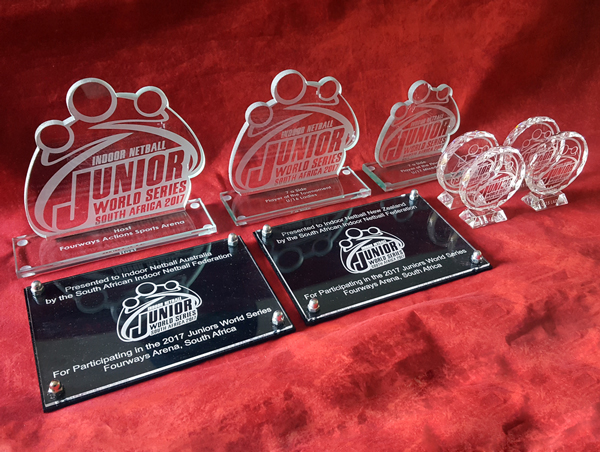